Paved surfaces take a beating day in and day out—it’s what they were meant to do! And, whether you’re driving over them, your children are playing on them or nature is pounding away at them, surfaces like driveways and roads begin to deteriorate over time. Thanks to innovations over the past few decades, we’ve been able to successfully pave and protect our paved surfaces, but that doesn’t always last forever, as many homeowners soon find out just a few years after sealing their driveways.

“Capping,” as it’s called, is the act of overlaying a paved surface with asphalt, allowing for protection against weather and wear and tear. And while this method has proved extremely useful in keeping our hardworking surfaces protected, this protective asphalt layer must be closely watched so that it doesn’t begin to falter and give way to damaging effects that will lessen the integrity of the surface below.

In the event of a crack in the asphalt or even worse, a tear in the protective layer that exposes a large swath of pavement, it’s best to look into asphalt recapping in Regina, so that the damages can be repaired immediately. The process of repairing asphalt is much the same as laying it for the first time, save for the fact that this new layer or new patch of asphalt will be tailored to cover the existing, worn layer instead of the pavement itself.

If you’re a homeowner who inherited a capped driveway, you may be asking yourself, “what’s the benefit of asphalt recapping in Regina?” Skepticism is common for many homeowners when it comes to making repairs on something that they don’t perceive immediate value from, but that’s all the more reason to understand exactly what capping achieves!

Everyone knows that the winters in Canada are some of the harshest around, with snow and ice buildups that can create quite a mass of water when the springtime months begin to shine in. And as all of this snow and ice melts, it begins to go one of two places: it evaporates or it’s absorbed into the ground. The latter is usually the case, which means that the ground becomes heavily saturated with water. When this happens, paved surfaces lose a vast majority of the solid foundation that they were built on because the soil is no longer able to support that weight. What results in the end are deformed patches in the pavement, sunken spots and potentially, fractures in the cement that lead to further deterioration.

If you’re a homeowner who’s questioning the validity of asphalt recapping in Regina, consider this: having your driveway repaved year after year because of water damage or having to fix it every time a crack develops from wear and tear is a whole lot more expensive than sealing it back up in the first place! If you enjoy the unwavering support of a strong standing driveway, be kind to it and ensure that it’s properly recapped when the time comes.

Fill out the form below to get more info and learn how we can help you! 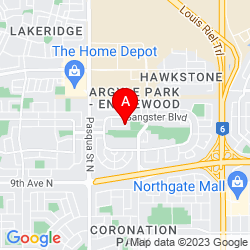